The Life-Changing Power of Art

VINCENNES, Ind. – Growing up, Alex Van Galder was into graffiti art, and showing off his creative skills on others’ property sometimes got him in trouble.

“I was a graffiti artist. I climbed buildings. I painted trains. I ran away from helicopters,” he said. “I wasn’t doing graffiti for the art. I was doing it for the adventure.” 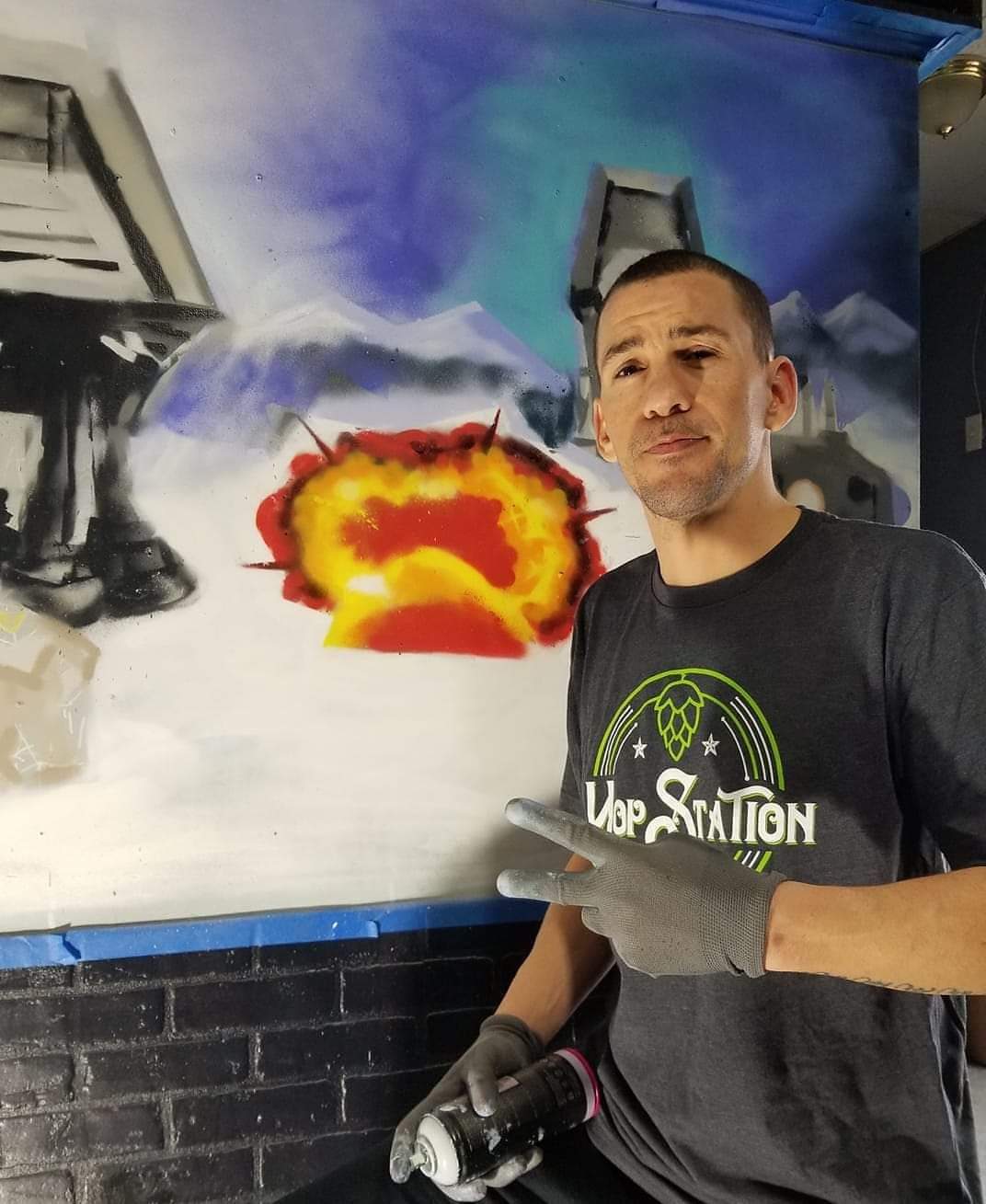 His forte is spray paint.

A mural painted by the Vincennes University alumni, highlighting the history of the Studebaker Company, which at one time was the world’s largest producer of horse-drawn vehicles and a leader in automobile manufacturing, was unveiled earlier this month inside the 19th-century Studebaker mansion in South Bend, Indiana. He has painted bottles for actor Dan Aykroyd’s vodka company, Crystal Head. He recently painted an Elven city inspired by Lord of the Rings on pegboard using acrylic paint. 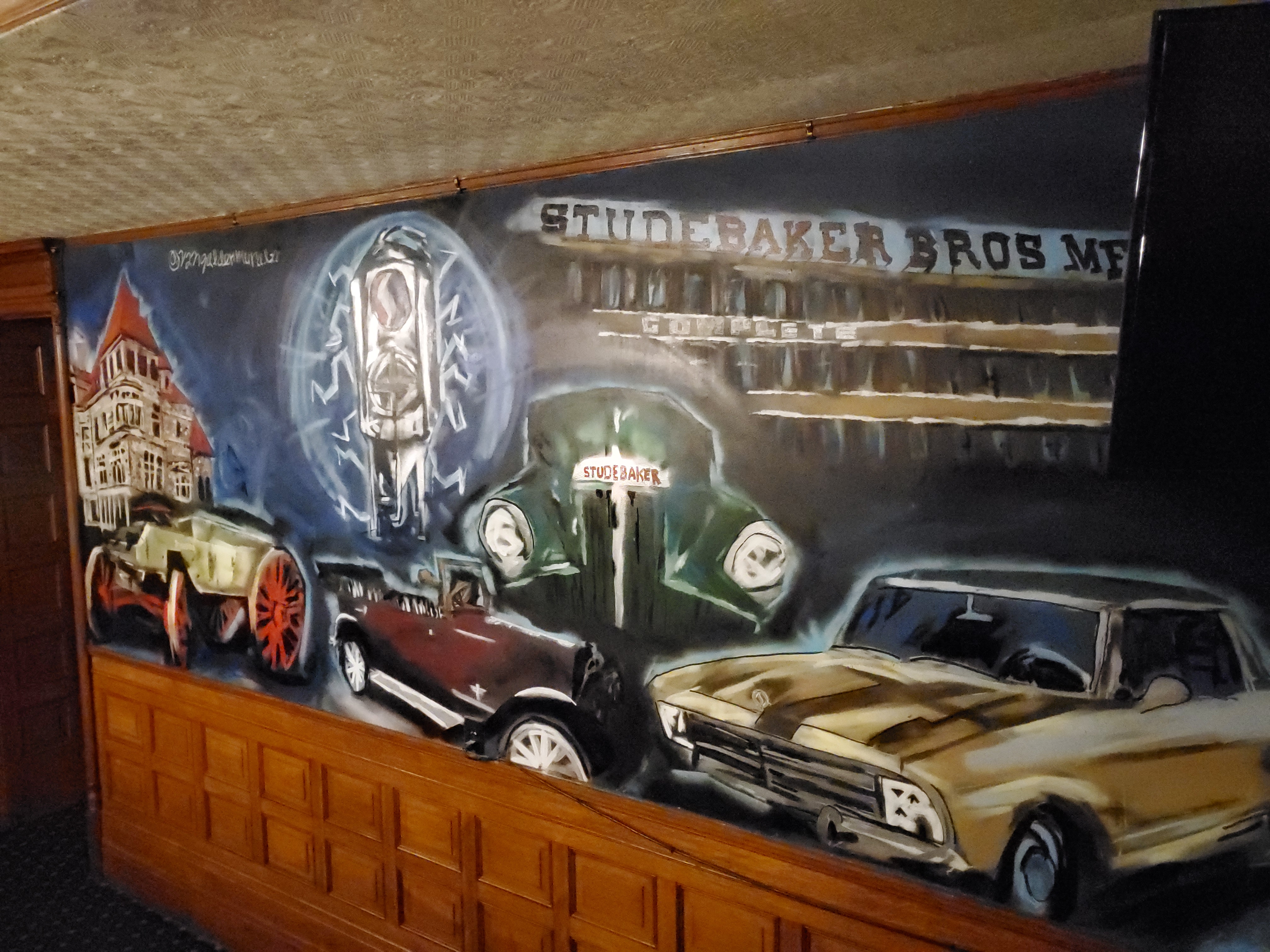 Studying art and graphic design at VU was a life-changing experience that completely altered his trajectory.

He praises former VU professor Bernard Hagedorn for the impact he has had on Van Galder’s life.

He has fond memories of a once-in-a-lifetime art tour to Italy and Greece that he took with Hagedorn and other VU students about a decade ago. The group visited numerous famous historic sites, including the Sistine Chapel and Leaning Tower of Pisa.

“I grew up pretty rough and if it wasn’t for those role models, I wouldn’t have seen the potential in myself.” 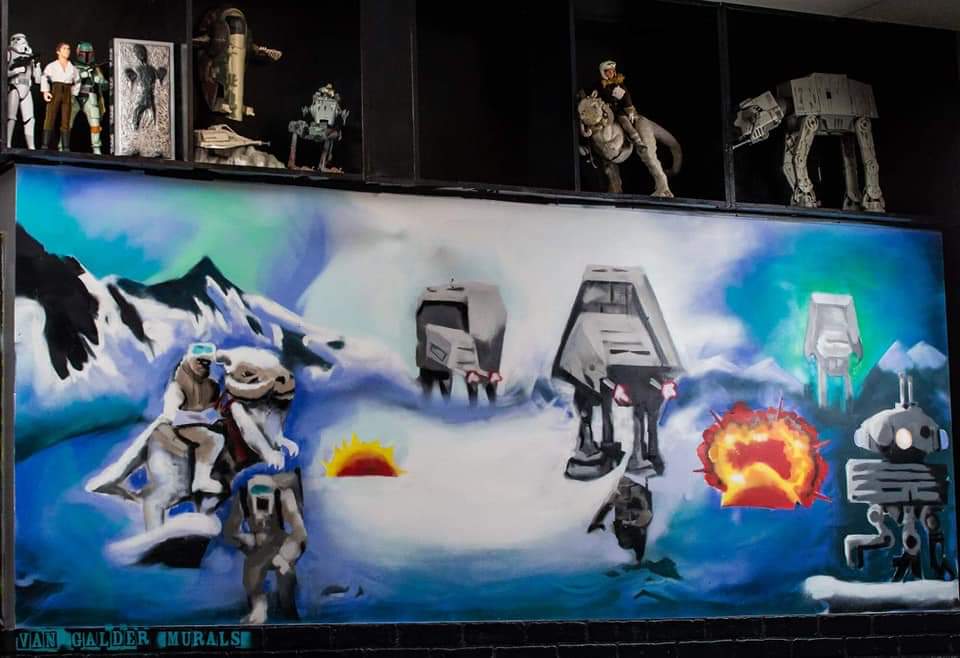 The father of two is on a mission to do the same for others.

Van Galder, who lives in Elkhart, Indiana, is the founder of a not-for-profit called Graff Bash Fundraising Inc. Van Galder and other artists have transformed the South Bend Art Wall located at S. Niles Ave and East Jefferson Blvd. in South Bend, Indiana into a place where graffiti is embraced and not spurned.

In addition to making art, they raise money for charity. Van Galder said they’ve most recently donated to a children’s home. 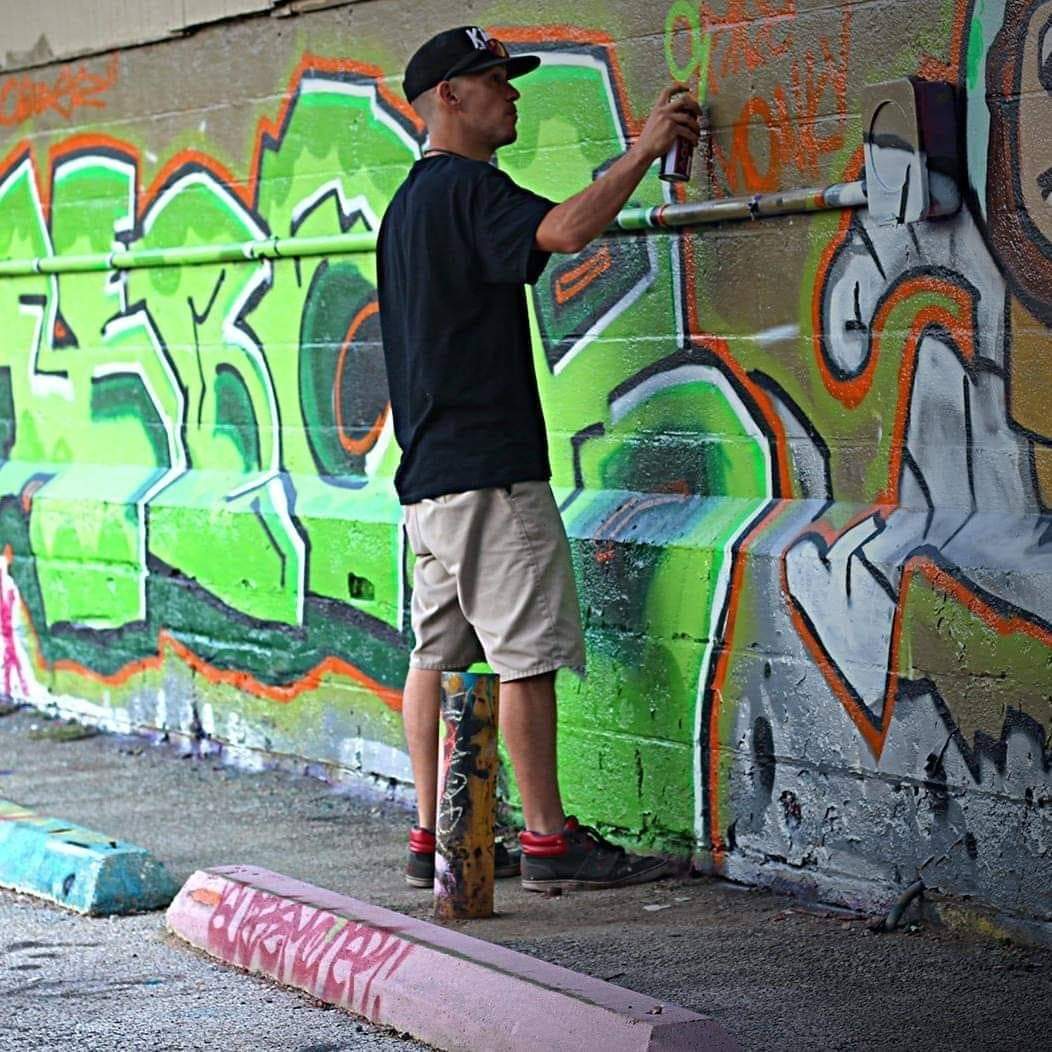 His philanthropy goes beyond that. He also teaches art to children in low-income communities.

“I want to do as much to show my children how you can shape the world around you with the talents that you were given,” Van Galder said.