JASPER, Ind. - Vincennes University Jasper has a rich history, and that history is woven tightly with the Dubois County community. 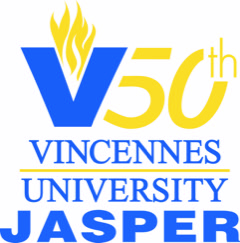 The 2020-2021 academic year marks the 50th anniversary of VU Jasper and celebrates five decades of excellence and transforming lives.

The establishment of the campus in 1970 fulfilled a shared dream which created access to higher education and far-reaching opportunities.

U.S. Senator Mike Braun has watched with gratification as the campus has grown and expanded with generations of students benefiting from the first-rate education VU Jasper offers.

"(The footprint of VUJ) is unbelievable,” said Braun, a Jasper native. “It has been a boon to our community. It has grown since I saw the first building. Without it there, we would not have the training for a place like Dubois County that's got so much dynamism in its economy. We are lucky to have VU Jasper.” 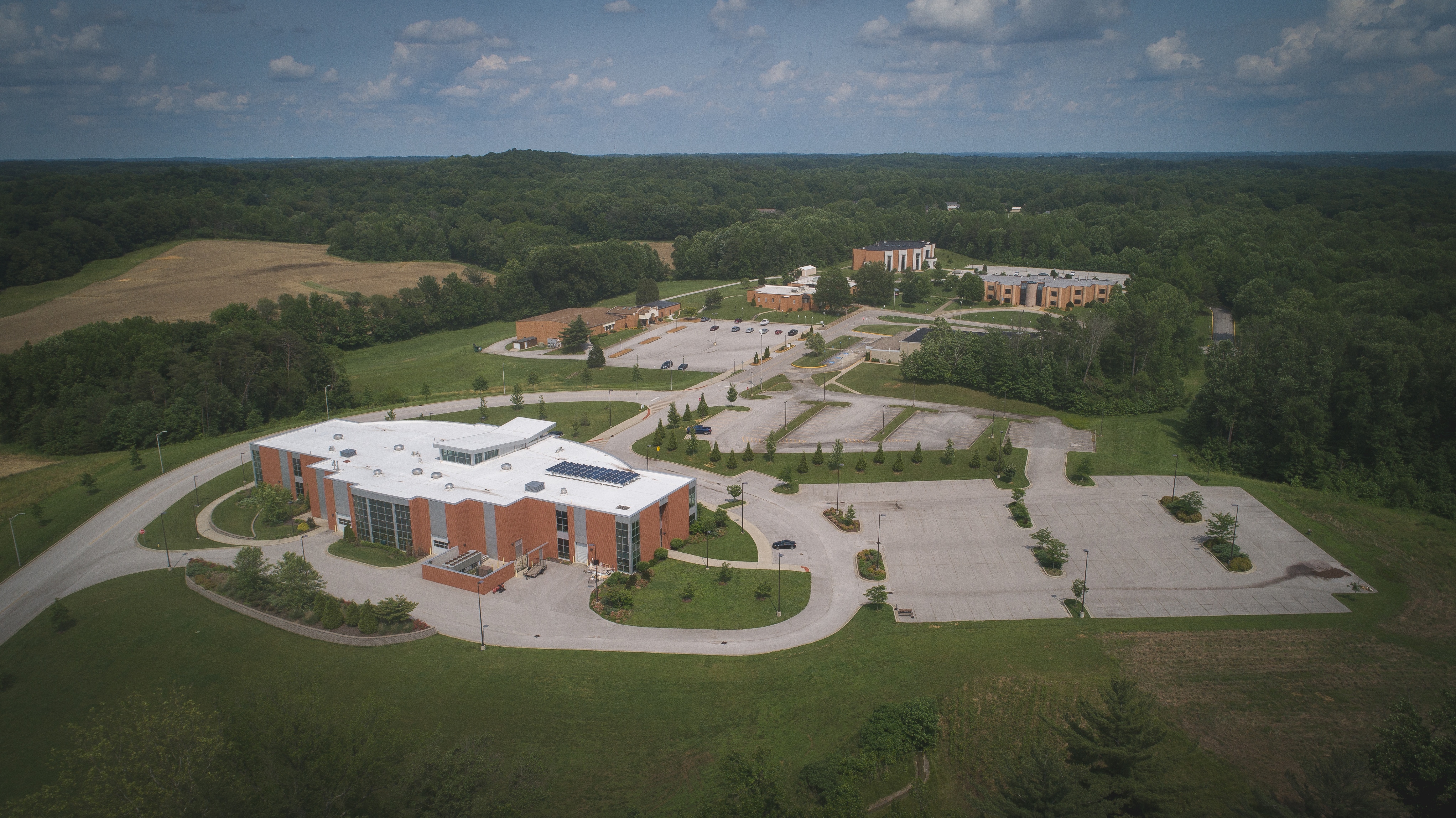 VU Jasper unofficially began with a small group of individuals who formed the Committee on Higher Education and Related Efforts, also known as COHERE, in 1958. Their mission: establish a college in Jasper.

Their efforts were described by the local newspaper, The Dubois County Daily Herald, “as probably the most ambitious undertaking ever attempted in the area.”

Following extensive research, COHERE held a public meeting by March 1961 for other interested citizens. Fundraising followed as did an “intensive publicity campaign” based around the slogan, “Colleges Don’t Happen – People Build Them.”

“When the Jasper campus opened up, it offered services to them within a very short distance of their own town and surrounding towns,” Altstadt said. “The big thing we pushed is that we are a student-centered university. We felt by having strong inner workings in our institution that students would benefit from it.”

Multiple groups agreed to establish a college before backing out. In 1970, COHERE reached an agreement with Vincennes University. The community’s dream became a reality and the VU Jasper Center was born.

The rousing news was announced on Feb. 3, 1970 along with plans to develop a campus on the southeast side of Jasper. 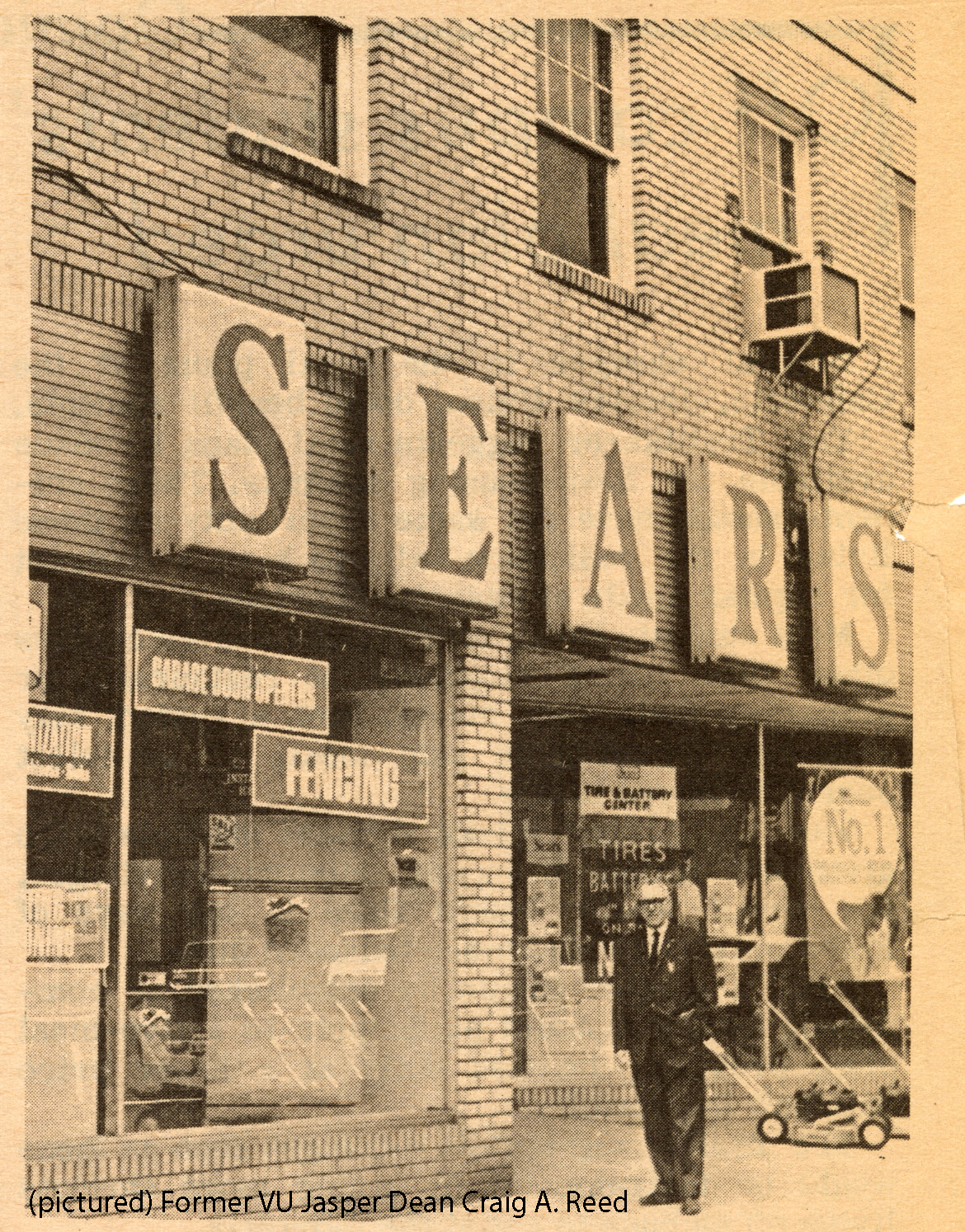 It was further announced that classes would be conducted in temporary facilities throughout downtown Jasper. The top floor of the Sears, Roebuck, and Co. building on Main Street housed the Dean's Office, a faculty lounge, and a student lounge.

On March 2, The Dubois Herald reported that applications for admission to the Jasper Center were being accepted for the Fall of 1970.

Since it was established, VU Jasper has produced thousands of graduates who have distinguished themselves and achieved excellence in a wide array of fields. One notable graduate is former Indiana State Senator Richard D. Young.

The history of VU Jasper alumni making a difference every day is extensive.

“I chose to enroll at VU Jasper because I wanted to be close to home and I knew they had a reputable nursing program,” Bonilla said. “VU Jasper provided the foundation and resources I needed to obtain my nursing degrees. I had a great experience. The instructors were helpful and knowledgeable. I also met many fellow students who were supportive and working towards achieving a common goal. My favorite memory is the people and fellow nurses. I still keep in touch with many of them because the small class sizes allowed us to gain a more personable experience.” 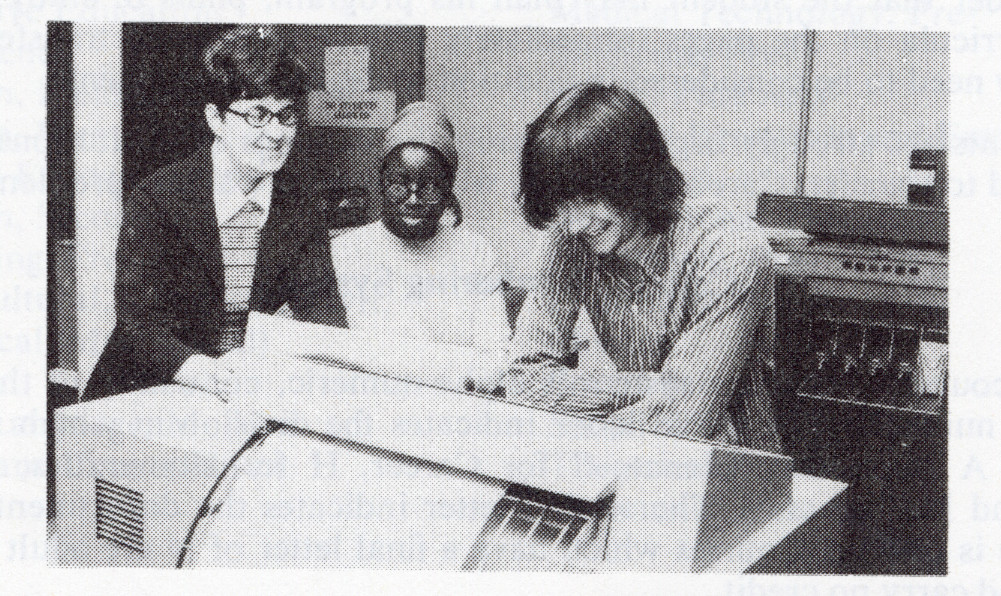 VU Jasper has long been the place to go to for affordable tuition rates, flexible schedules, and high-quality education in a welcoming and supportive environment. It currently offers 25 programs of study.

By the Fall of 1980, VU Jasper enrolled 126 full-time students and increased to 140 in the spring of 1981. The growth in students also brought the need to hire additional faculty and staff in 1980 topping 13 full-time staff, eight full-time faculty, and 76 part-time instructors.

“We started really growing at a pretty rapid rate,” said Altstadt, who served as dean of VU Jasper between 1977 and 1997. “The rapid growth was due to the fact that a lot of people here in Dubois County if they wanted higher education they had to drive at least 50 miles one way to get it.” 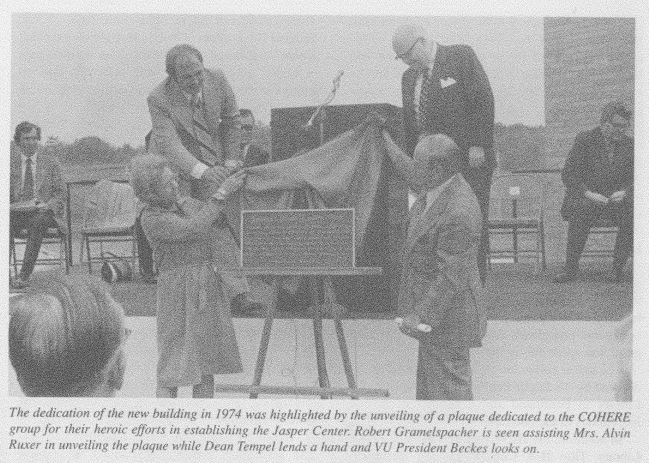 Through the years, the campus continued adding and expanding programs. It also grew in size.

The first building constructed on the VU Jasper campus was completed and dedicated in 1974. The current 140-acre campus features The Center for Technology, Innovation and Manufacturing (CTIM), Alvin C. Ruxer Student Center, Arnold F. Habig Library Learning Center, Administrative Classroom Building, and the Jasper Campus Classroom Building that houses a state-of-the-art simulation laboratory for healthcare training. The campus is also home to the Indiana Baseball Hall of Fame. Adjacent to the campus buildings is the Jasper Arts Center, which includes a 675-seat theater and visual arts galleries. 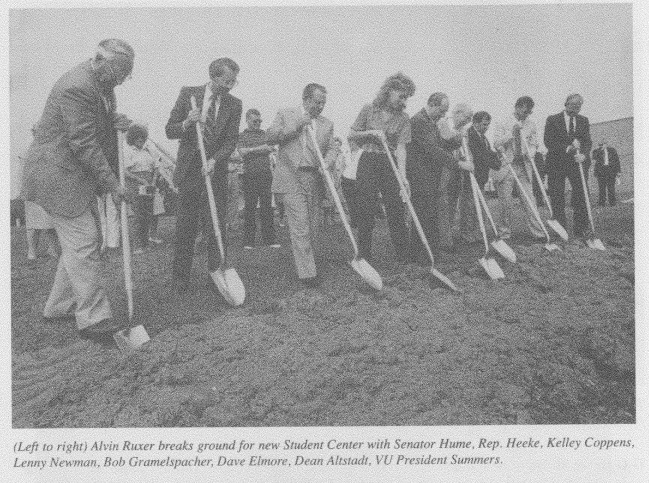 The CTIM has developed into a hub for community engagement. It serves as home to the Career Advancement Partnership (CAP) program. The program is a major workforce development initiative between VU Jasper and local manufacturing companies such as Best Home Furnishings, Indiana Furniture Industries, Jasper Engines and Transmissions, Kimball Electronics, Kimball International, MasterBrand Cabinets, and Farbest Foods. The program provides full-time students with a paid internship while they prepare to become skilled technicians who are needed to program and maintain advanced technologies. 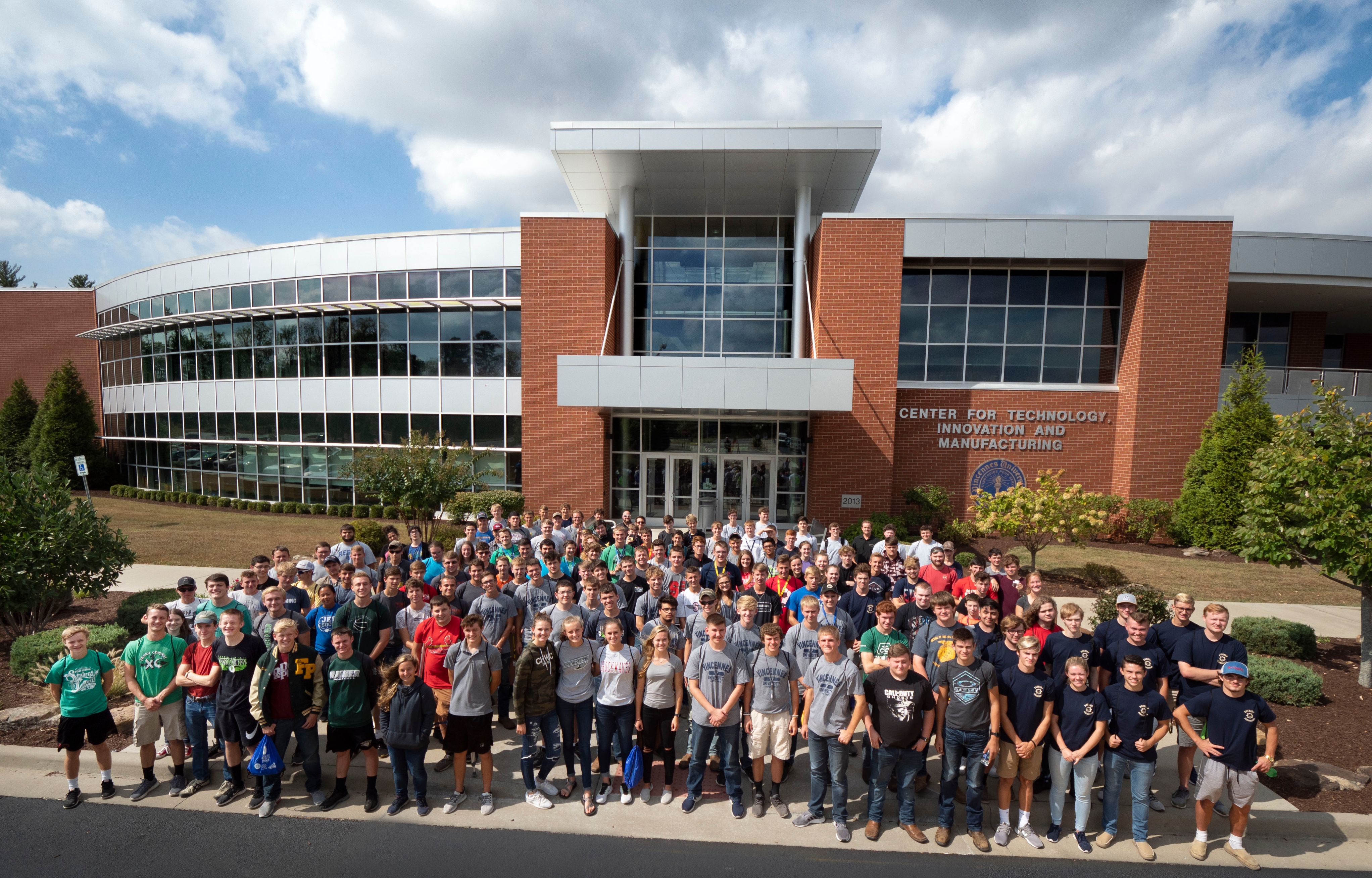 The CTIM also houses several programs for the Patoka Valley Career and Technical Education Cooperative, including an Automation and Robotics Academy for high school students.

These partnerships are crucial in ensuring that VU Jasper continues to offer essential pathways and options to students.

“We have expanded partnerships with business and industry in recent years,” Assistant Vice President and Dean of the VU Jasper Campus Christian Blome said. “The campus has become tightly coupled with the K-12 system and local business & industry to ensure that programs are relevant and lead to high-wage, in-demand careers. That is the future of VUJ. You are going to see more innovative partnerships and new technologies that are all in response to the local and global economies. Partnerships are critical for the future and will continue to drive new programs and opportunities for students in the region.”

VU Jasper has achieved yet another significant milestone as it celebrates 50 years. It will continue to build upon its rich history by educating and inspiring today’s and future generations to enhance its status as a leader in higher education.